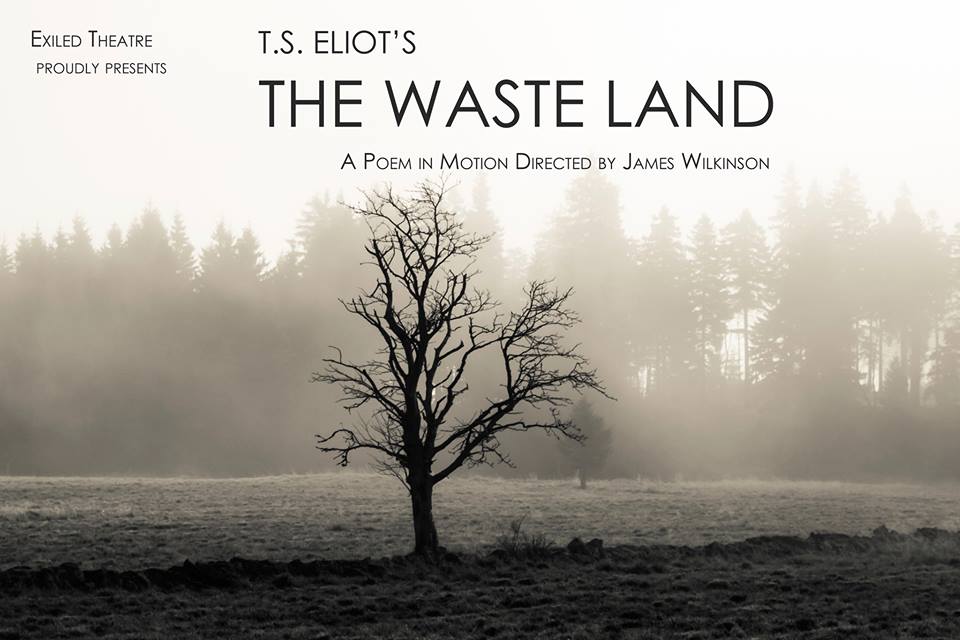 Eliot’s The Waste Land is I think the justification of the Movement of our modern experiment, since 1900. He wrote Ezra Pound shortly after the poem was published in 1922. T.S. Eliot’s poem describes a mood of deep disillusionment stemming both from the collective experience of the First World War. and from Eliot’s personal travails.

Born in St. Louis, Eliot had studied at Harvard, the Sorbonne, and Oxford before moving to London, where he completed his doctoral dissertation on the philosopher F. H. Bradley. Because of the war, he was unable to return to the United states to receive his degree.

He taught grammar school briefly and then took a job at Lloyd’s Bank, Where he worked for eight years. Unhappily married, he suffered writer’s block and then a breakdown soon after the war and wrote most of The Waste Land While recovering in a sanatorium in Lausanne, Switzerland, at the age of 33.

Eliot later described the poem as the relief of a personal and wholly insignificant grouse against life. Just a piece of rhythmical grumbling. Yet the poem seemed to his contemporaries to transcend Eliot’s personal situation and represent a general crisis in western culture.

One of its major themes is the barrenness of a post war world in which human sexuality has been perverted from its normal course and the natural world too has become infertile. Eliot went on to convert to a High Church form of Anglicanism, become a naturalized British subject, and turn to conservative politics.

The Waste Land was quickly recognized as a major statement of modernist poetics, both for its broad symbolic significance and for Eliot’s masterful use of formal techniques that earlier modernists had only begun to attempt. The critic I.A. Richards influentially praised Eliot for describing the shared post war “sense of desolation, of uncertainty, of futility, of the groundlessness of aspirations, of the vanity of endeavor.

and a thirst for a life-giving water which seems suddenly to have failed. Eliot later complained that approving critics like Richards said that I had expressed the disillusionment of a generation, Which is nonsense.

Certified Computer Courses – Your Gateway To A Better Future