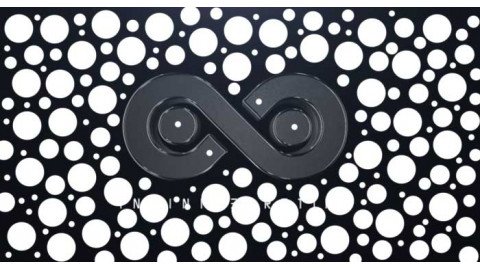 The term Infinite Retina gives a deep clear picture of how Spatial Computing works and its depth. The retina is the deepest layer of our eye, is useful in transforming light to neural codes which are then transferred to the brain. This makes the visual recognition. The recent technologies like Artificial Intelligence, Augmented Reality (AR), Visual reality (VR), Computer vision and sensing Techniques are put together with 5G and makes the visual recognition infinitely. These can be put under a single roof called Spatial Computing.

Spatial Computing being the fourth paradigm may look like fiction. But it isn't actually. The older paradigms allowed users to use a computer or a mobile phone, whereas with Spatial Computing one can move inside the computing. Sharing ideas with virtual users who work in a similar world is possible in this area.  The environment will be virtual that a user can touch and talk with the computing or the augmented reality. Further extension will soon be released as research is going on. The sensors may interact with our brain directly without the need for keyboards or so. But, its five to twenty years of growth in the future.

In the other three to five years of time, spatial computing will bring out new perspectives in the upcoming era. This takes hand not only in the computing world but also in other fields like healthcare, finance, entertainment and so. Thus, this is the right time to focus on Infinite Retina and its future. Many companies like Qualcomm, Apple, Facebook are in plans to take out the next step in Spatial Computing. In a span of five years or so a great wave on Spatial computing and its associated technologies will rule the world.

Based on 0 reviews. - Write a review

How to buy the courses?

To buy a course, you need to click on the ‘Buy Now’ option available on the course page. After clicking on it, you can proceed ahead and make the payment of the course using a convenient mode of payment to buy it. For Help Watch a video here

How to make payment for course?

After you have selected the course that you wish to purchase, click on the ‘Buy Now’ option on the course page. This will redirect you to the Checkout page. In case you wish to apply any coupon code, the page will provide you an option to do so.

If you are new to the site, you will be asked first to create an account, In this case, you will have to fill a form.

On the Checkout page, simply select the payment mode that you wish to use for purchasing the course. The payment options available are Credit/ Debit Card, Internet Banking, as well as UPI.

After making the payment successfully, you will receive a confirmation message as well as an email at the registered email address.

How To Make Payment of The Course - Watch Video

How to start the course after buying?

You can immediately start the course as per your convenience by going on the dashboard and entering the correct credentials. Click Here to know how to access the course

How many days does it take to complete a course?

The courses available here are completely online and, thus, offer the flexibility to one to complete the course within his/her time. The course duration mentioned in the course syllabus would be printed on the course certificate. However, the user can finish the course in lesser time as well.

Is there any exam required to complete the course in order to receive the Certificate?

Yes, there is an Exam there for each of the courses. In order to complete the course, the user must finish the exam. Only after its completion, a certificate will be generated for the same.

What type of questions are asked in the exam?

There are Multiple Choice Questions (MCQs) asked in the exam to complete the course. The number of questions varies for different courses.

What is the passing marks required to clear the course?

The minimum passing marks percentage for each course is 50%. Only once the user passes the exam, he/she is eligible for the Certificate.

Do we receive a hard copy of the Certificate?

Yes, you will receive the hard copy of the certificate within seven days after the successful completion of the course Exam.

How to download a course certificate after completing the course?

You can go to your course dashboard and download the Certificate from there. You will be asked to enter your Email ID and password.

How many days does it take to receive the hard copy of the certificate?

The hard copy is sent to the user immediately after he/she completes the course Exam. It generally takes a minimum of 7 days till the user receives the Certificate’s hard copy. This time varies as per the address of the user. However, the soft copy of the course certificate can be generated instantly after finishing the course exam.

How to verify your course certificate?

For verification of the course certificate, you have to simply scan the QR code or can use Certificate No to verify your certificate.